Retaking The Bar Exam? 3 Things You Need To Know About The New Changes To The MBE 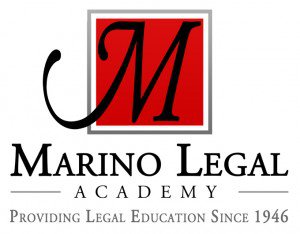 If you are retaking the bar exam this February, there is a significant change to the MBE (Multi-State Bar Exam) that you should know about.

Until now, 190 of the 200 questions on the MBE were scored; 10 questions were known as “pretest” questions. Much like in other standardized tests such as the SATs, these questions are unscored and are used in future tests if the National Conference of Bar Examiners (NCBE) determines that the questions are useful for assessing the examinee’s aptitude in the tested subjects.

However, starting with the February 2017 Bar Exam, the MBE will now include 175 scored questions; 25 questions in each of the seven subjects and 25 unscored, pretest questions.

The change reflects the NCBE’s attempt to strengthen the MBE, at a time when some have accused the MBE of being an unreliable indicator of an applicant’s abilities as a future lawyer.

These accusations stem from the national decline in MBE scores and bar passage rates, and are a response to the NCBE’s assertions that the decline is due to increasingly lax admission standards by law schools, resulting in less qualified candidates.

But for you, the individual having to retake the bar exam in February, how does it impact you?

Especially if you are retaking the exam, make sure your bar preparation plan includes developing your MBE test-taking skills.  You should learn and practice a strategy for increasing your speed and maximizing your score.

Our Marino Retaker Bar Review Course includes specific test-taking strategies to increase your MBE performance that have proven to be effective for thousands of retaker students and have helped significantly raise their scores through methodology focused on how to accurately, quickly, and effectively analyze an MBE question and how to improve timing and guessing techniques.

For more specific advice about how to improve your MBE score, email info@marinolegal.com or just submit your score report here for a free personalized score report evaluation.

Academy for Private Practice Volume 3: All About Clients